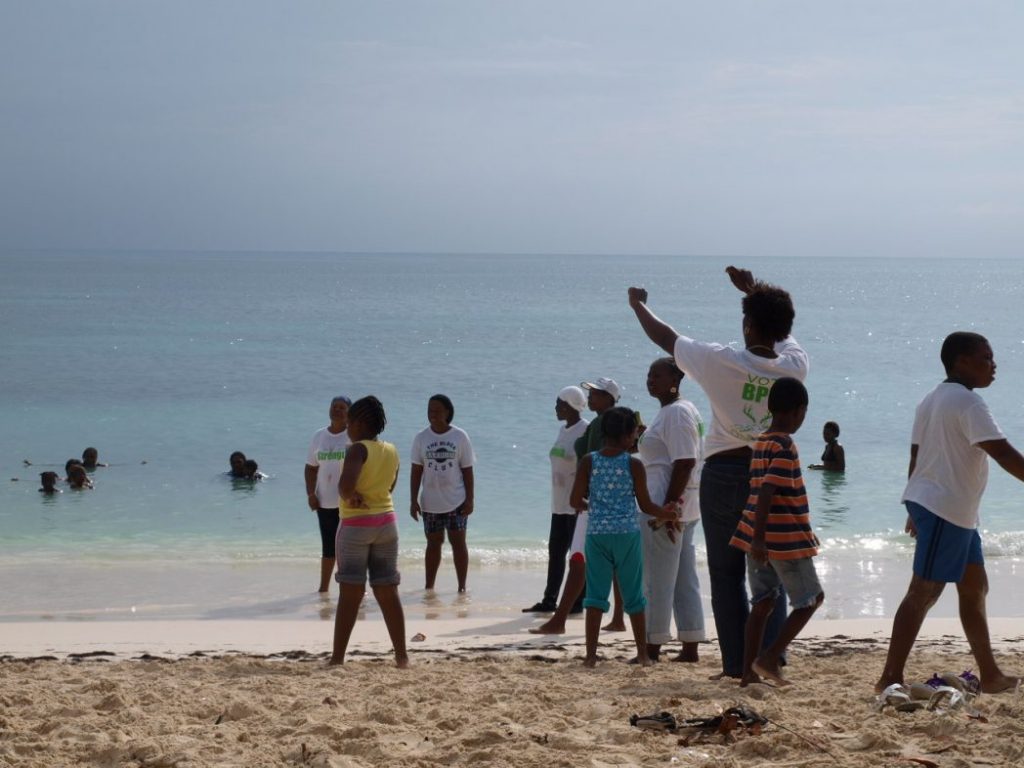 The BPM has a long history of representing Barbudans in their struggle for self-determination as an independent Caribbean people who have a unique history and a communal way of life. Since its founding in 1978 the Barbuda People’s Movement has fought to bring a bright tomorrow for all Barbudans.

After years of exploitation of Barbuda by Antiguan government ministers through sand-mining, an improvement came about in the relationship with the Antigua government in 2004 as a result of the defeat of the Antigua Labour Party (ALP) government led by Lester Bird, and a new alliance between the United Progressive Party (UPP) government in Antigua and the Barbuda People’s Movement in Barbuda. This eradicated at least a quarter of a century of mistrust, confrontation and confusion and the twin island state was united.

However, since Hurricane Irma, this relationship has been destroyed by Gaston Browne, the current Antigua Prime Minister. The BPM consider that the ruthless exploitation of Barbuda’s natural resources are at risk from his ALP government – through our experience of sand mining in the past, to the present allocation of huge areas of land to investors who do not have the island’s best interests at heart. The BPM believe that Barbudans have been badly mistreated since they were refused permission to return to their homes immediately after the hurricane and the Prime Minister’s continuing unacceptable comments about Barbudans confirms this.

As a result of the UPP partnership the people of Barbuda embraced the passage into law of the Barbuda Land Act 2007 – which Gaston Browne has since repealed. The original Barbuda Land Act 2007 recognized communal ownership of all lands on the island, and Barbudans’ sole right to determine how their land is to be used, developed, and tenured in the future. In recognition of his wish to enter into a partnership with Barbuda, the UPP Prime Minister Baldwin Spencer gave the BPM representative at the time – Trevor Walker, the Cabinet position of Minister for Works and Transport. This recognition brought many benefits to Barbuda, including some major improvements in the previously neglected infrastructural aspects of the island’s economy: a new and expanded roads network, an improved electrical supply that did not fail, the construction of a reverse osmosis water supply system, greater educational opportunities for young Barbudans overseas, and radical improvements in the health and social welfare provisions of the Barbuda Council.

A Pensions Act introduced into the legislative structure of both islands has vastly improved the level of security for all workers when they reach retirement age.

Trevor Walker was defeated by Arthur Nibbs of the ABLP (Antigua (Barbuda) Labour Party) in the 2014 general election and the issuing of land to foreigners began again in earnest, with the De Niro proposal to include an unwelcome casino as part of a ‘Barbuda Master Plan’. These actions have resulted in expensive and time-consuming court cases that further undermine the relationship between Antigua and Barbuda. The BPM has now returned Trevor Walker as MP and have since won most of the seats on the Barbuda Council as a result of this bad treatment. They have vowed to continue to campaign and to take legal action where necessary for self-determination, equality and justice.