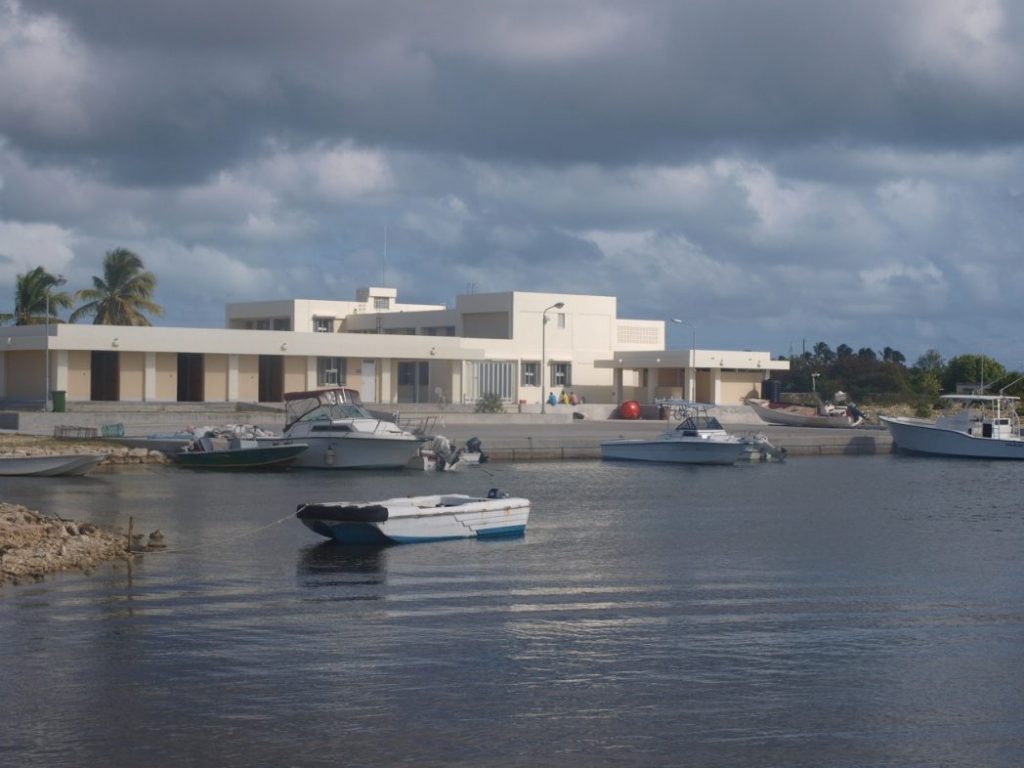 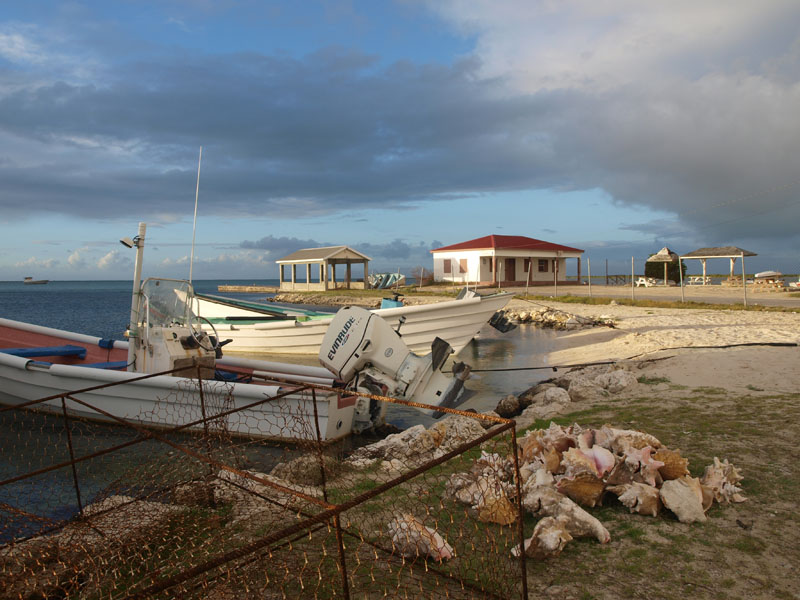 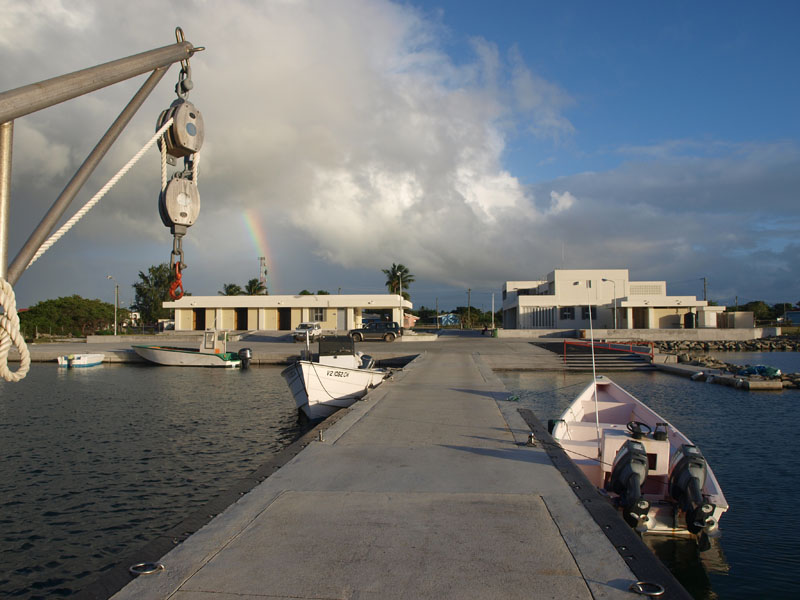 Most of us on Barbuda – men, women and children – go fishing at some time; either as a full-time occupation, part-time for food, or for fun at holiday weekends. Traditionally fishing is still done using labour intensive fish pots, which are made from locally-gathered wattle sticks and wire, or by trammel net. Increasingly spear guns are now used. Lobster is often caught by diving with a wire lassoo and is one of our main exports, mainly to the French Caribbean islands. Other fish are sold locally straight from the boat or sent to Antigua. We are lucky to have many tasty and edible varieties including barracuda, big sharks, grunt, old wife, hind, grouper and snapper.

The research done since 2012 by Barbudans in partnership with Waitt Institute Blue Halo indicates that chub/parrot fish and some other species are in severe decline. Those wishing to fish should note that since the Blue Halo research and conservation initiative began, Barbuda Council has implimented the strictly observed no-fishing zones and local by-laws shown below. This includes the Lagoon and much of the coastline. In addition lobster, conchs, sea urchins, shark, turtles and other species have various closed seasons and parrot fish/chubb may not be caught or sold at any time.

In Barbuda anyone (including Antiguans – we have different laws protecting our fisheries) who does not observe the no-fishing zones or adhere to regulations regarding the size of conchs and lobster, or fails to buy a local licence to fish, will be liable for prosecution. So refuse to buy under-sized or out of season seafood – especially parrot fish/chub which are prohibited – if you are offered them for sale.

This project raised important issues with Barbudan fishers who felt the project should consider our particular traditionally established laws and practices, such as women and children (without boats) using nets in the lagoon. But recently more serious problems for our fisheries include other unlicenced Caribbean nationals coming to Barbuda to fish in our waters, stealing from pots or destroying reefs with bleach and explosives, and of course the hugely destructive international trawling industry.

The Waitt Institute have remained committed to working with Barbudans since Hurricane Irma and taken on many other difficult and pressing issues to support us since this time, with their Recovery and Conservation (Resilience)Trust. 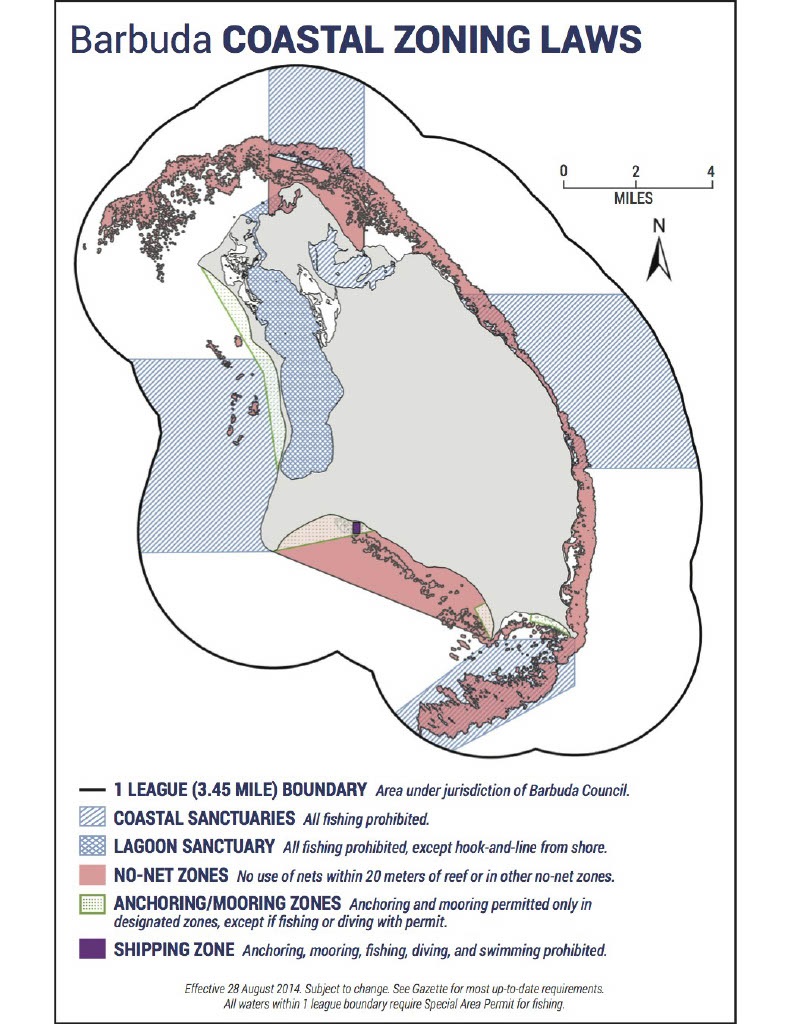 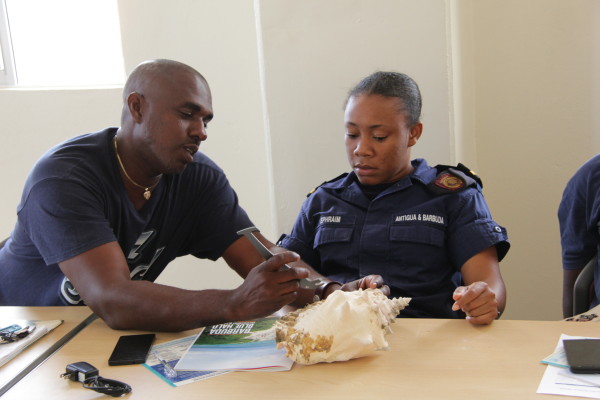 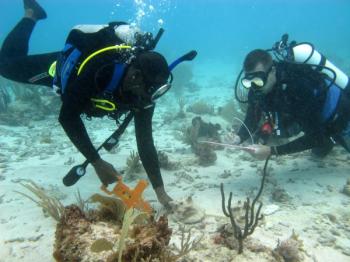 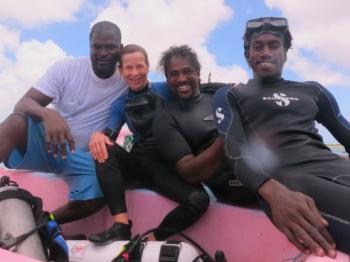 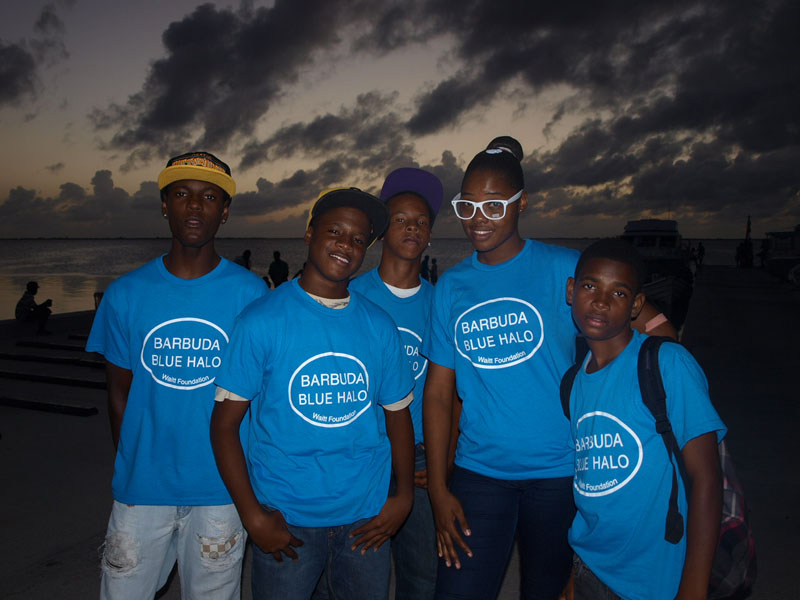 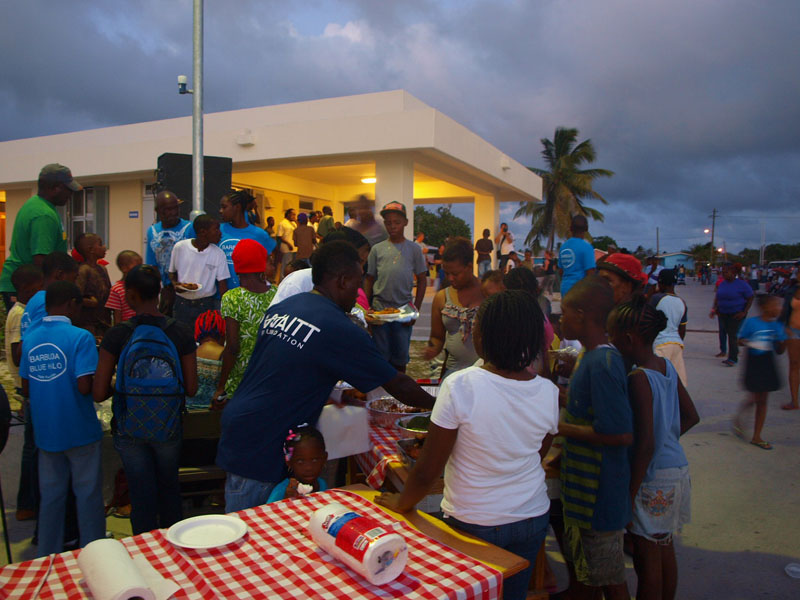