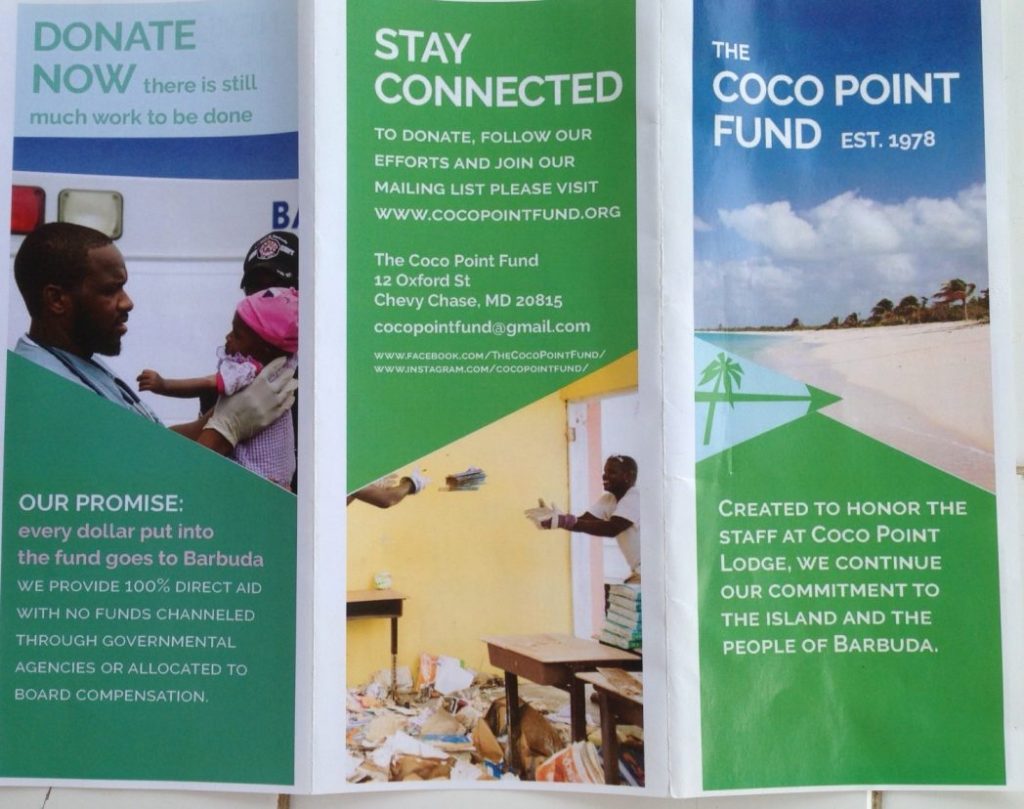 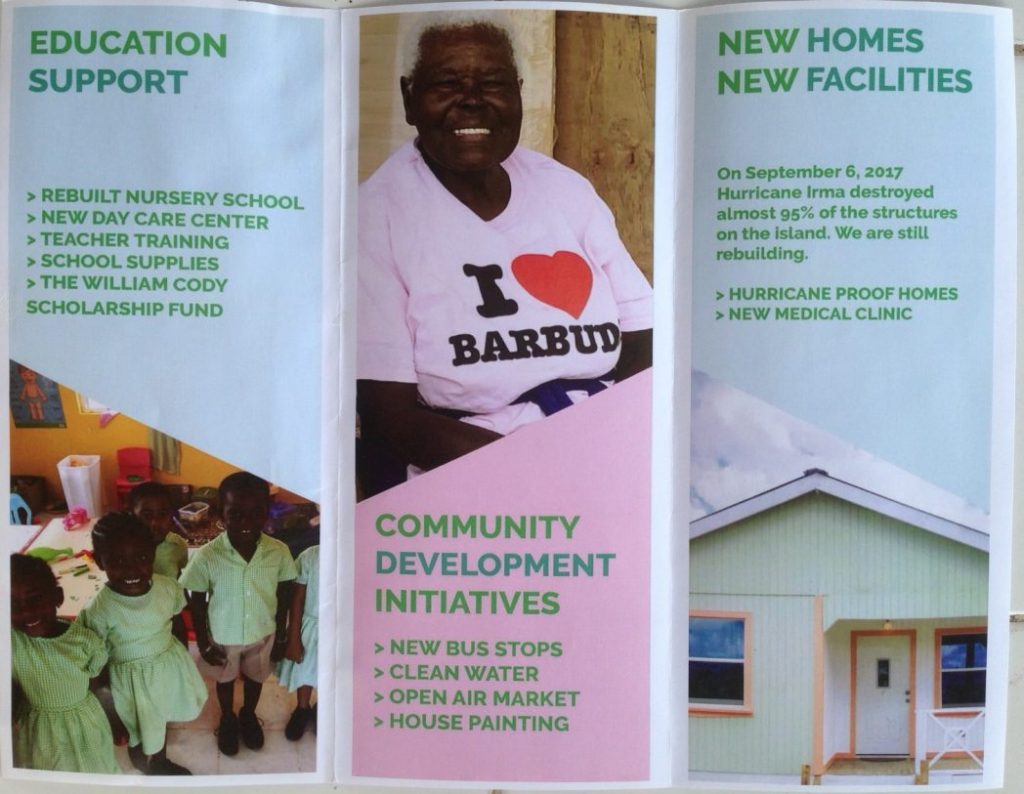 The Coco Point Trust has contributed extensively to the development of Barbuda over many years, including continuing to support employees who lost their jobs after Hurricane Irma destroyed the resort, and raising funds and sending containers of goods and cash to help all Barbudans.

The Coco Point Fund was established in 1978 by several guests of Coco Point Lodge to honour the staff there. The purpose of the fund was to aid the educational, medical, health, religious, and general welfare needs of the inhabitants and institutions of the island of Barbuda, and Antigua. Since its inception, The Coco Point Fund has accomplished this goal by providing the necessary tools and materials. The Barbudan people provide the labour and the spirit that puts these tools and materials to work. Most of the efforts over the years have been directed toward improving the island’s education and health care resources.

Over US$500,000 has been donated to facilities in Barbuda including dental equipment, eyeglasses, and playgrounds, and to the Holy Trinity School. The Fund was the driving force for the establishment of the Pre-school and since then has been a generous contributor to its support, paying the salary of one teacher and for the purchase of many of its supplies, teaching aids, toys and most recently a large jungle gym and a new porch addition. To reflect this, the preschool was named after the founder of Coco Point, William Cody Kelly.

In addition the fund provided materials for the Barbuda Crafts project, for the library at Holy Trinity School, assisted with the tennis court, the X-ray facilities at Hanna Thomas hospital, a peanut farming project and various other important medical and agricultural resources on the island. It also supports this website as a valuable educational resource about Barbuda.

In 1997, the William C Kelly Memorial Scholarship Fund was established in the memory of Bill Kelly, the founder of Coco Point Lodge. The Fund is administered under the auspices of, and with the financial support of, the Coco Point Fund. The fund was set up in order to provide educational opportunities for the young residents of Barbuda wishing to pursue education beyond the level of education offered on Barbuda and who intend to return following completion of their studies to give something back to their community.

The Fund will consider those candidates for assistance who have evidenced a serious interest in furthering their education and with a need for financial assistance. Individuals are expected to have a strong academic record with demonstrated qualities of leadership, perseverance, and initiative. These funds are intended to supplement those scholarships awarded by the Barbuda Council.

Results to date have been impressive. Candida Browne graduated near the top of her class in June 2003 from Mercy College; Chad Alexander graduated in May 2004 from Savannah College of Arts and Design; Constantia Browne in December 2006 from the University of the Southern Caribbean in Trinidad; and Charlene Harris in June 2006 with a Master’s Degree from Philadelphia Biblical University. Karima Burton is finishing her studies at Vaughn College of Aeronautics where she is studying to be a commercial pilot and Renée Desouza has just graduated with honours from New York City College of Technology, majoring in hospitality management. Tate Nedd is finishing up culinary school in Canada, while Rodrick Beazer is studying culinary science at the Art Institute of Atlanta. Constantia Brown has returned to her studies and is embarking upon a Master’s programme in forensic psychology at John Jay College. Sonia Harry and Faith John have both attended the University of the West Indies pursuing degrees in education. To find out more about the fund, please visit their website at www.cocopointfund.org. 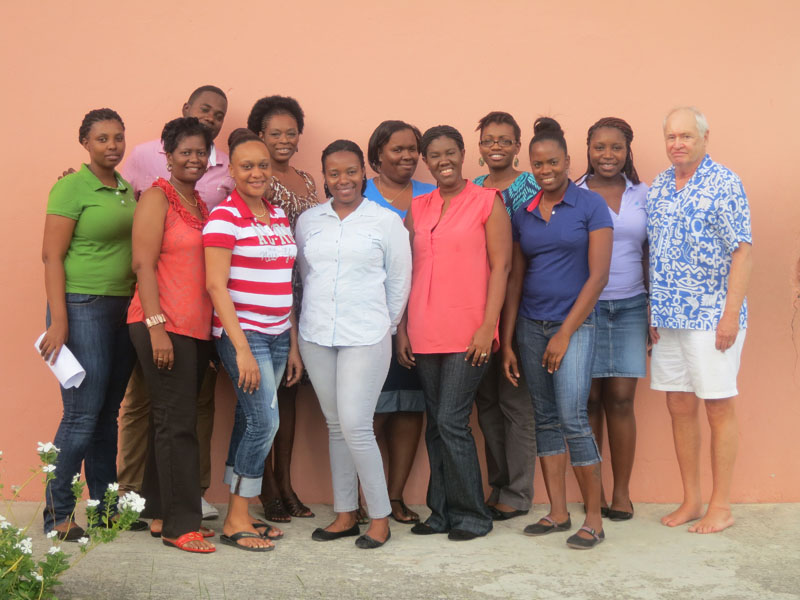 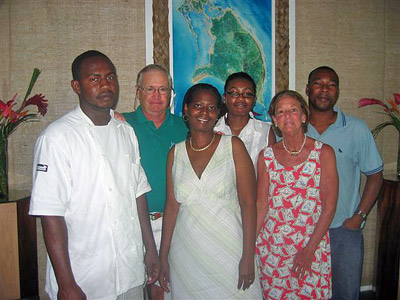 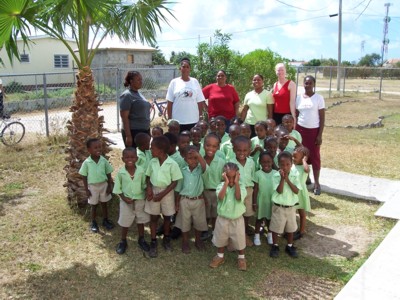