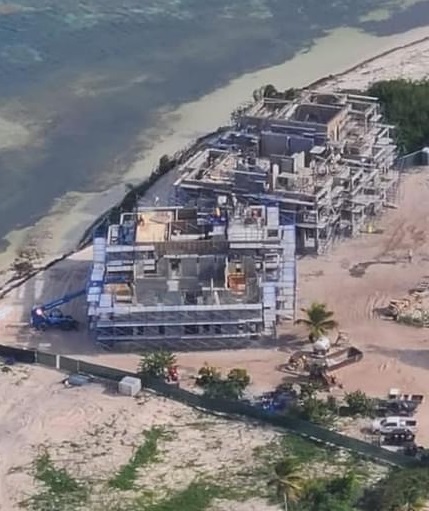 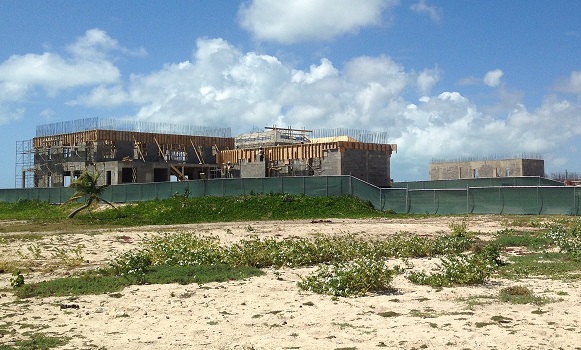 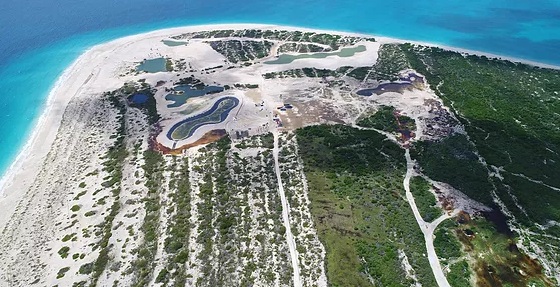 Barbuda Ocean Club is intended to be 700 luxury holiday homes starting at US$3m each, along most of the whole of the south coast of Barbuda. Already extensively building on Coco Point’s old lease, according to their brochure, there will be a ‘vibrant surf-side village’ here. At the other end – on Palmetto hotel’s old lease, plus even more land given to them by an Antigua Labour Party controlled Barbuda Council, they are building their golf course, and have plans to put a marina into the lagoon – an important and protected Ramsar site.

Inevitably they are also planning a sports park, an organic farm and (to offset destroying their natural habitat) take credit for Barbuda’s Sea Turtle Project, to keep their guests guilt-free In paradise.

BOC is not a hotel but is private dwellings, exempting them from paying proper taxes or a fair rent direct to the people of Barbuda through the Barbuda Council. Currently the income goes to the Government of Antigua who agreed this deal with their Barbudan supporters, in return for what, we ask, jobs cleaning their extensive grounds? So as payment for ‘development’ on acres of pristine natural beach land, we should be satisfied with their philanthropic desire ‘to help Barbudans’ through their own interpretation of a community programme and the so-far limited manual jobs attached to the project.

The owners of Barbuda Ocean Club PLH (Peace, Love and Happiness) and Discovery Land Company continue to meet strong opposition and legal action from local people as their contentious approach – encouraged by the Antiguan Prime Minister Gaston Browne – brought unwanted conflict and division yet again to the people of Barbuda even before the dust of Hurricane Irma had settled. Bulldozers were pushing land for a new ‘airport’ for their customers private jets, while Barbudans were still being refused the right to return to their homes after being evacuated to Antigua.

Their ‘ideal heirloom community where you can extend your legacy for generations to come’ belongs to the Barbudans who kept it this way for generations, not to them. And increasingly in a world where indigenous people are being given back their legal rights, we think their approach is misguided, rather old-fashioned and suggest they listen to Barbudans and not to the Antigua Prime Minister, because it should be a privilege to live on Barbuda, not a battle.