Home | visiting us | your journey | where we are 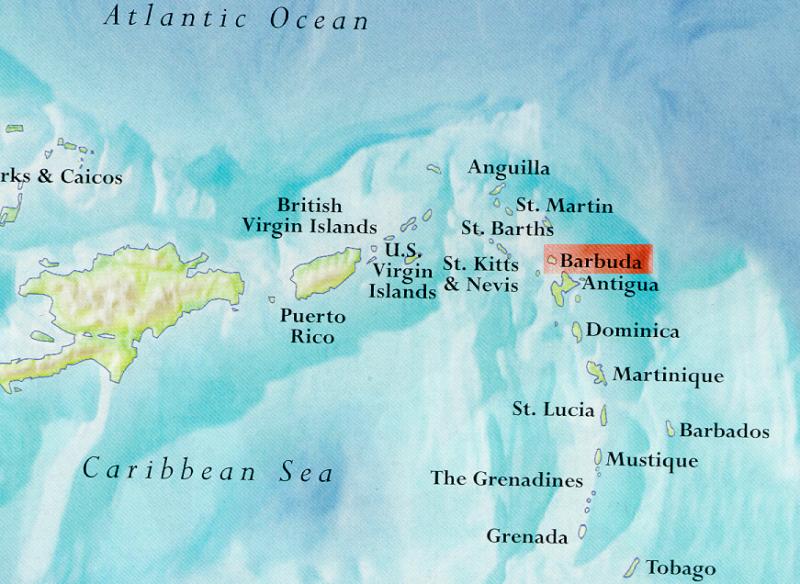 The island of Barbuda (Antigua and Barbuda) is –

Barbuda is about 175 sq km in size if the large lagoon on the west side of the island is included in the total area; Codrington Lagoon is one of the biggest natural lagoons in the Caribbean and is a protected Ramsar site.

Two-thirds of the island consists of a flat plain raised only a few feet above sea level. The other third, the Highlands, is relatively flat tableland with a maximum height of 42 metres. Unlike most of the islands which form the eastern boundary of the Caribbean Sea, Barbuda is not of volcanic origin. The island is limestone and represents a coral reef which was raised above the sea in two successive stages. In the south the Highlands slope down to meet the plain. On the eastern windward side the Atlantic Ocean washes up on mostly rocky headlands. Much of the coastline is characterised by beach sands and fringed with coral reefs.

Throughout its history Barbuda has been an exceptionally dangerous hazard to shipping because of it’s flat geography and hidden reefs, so there are wrecks all round the island. It continues to be difficult for boats to negotiate to this day.

See the Google Earth view of Barbuda but don’t believe all the labels they have used – we don’t have a beach called ‘Pink Sand Beach’ for example – the pink sand is seasonal and moves around the coast. Below there are some aerial photo’s of our island. 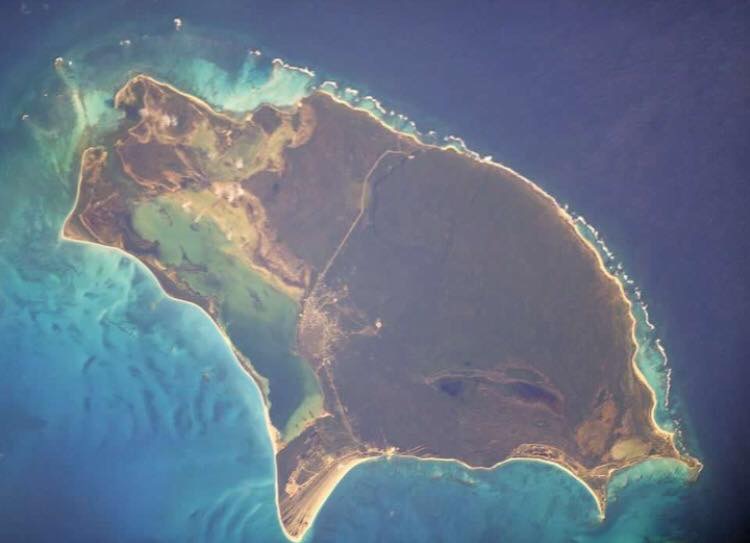 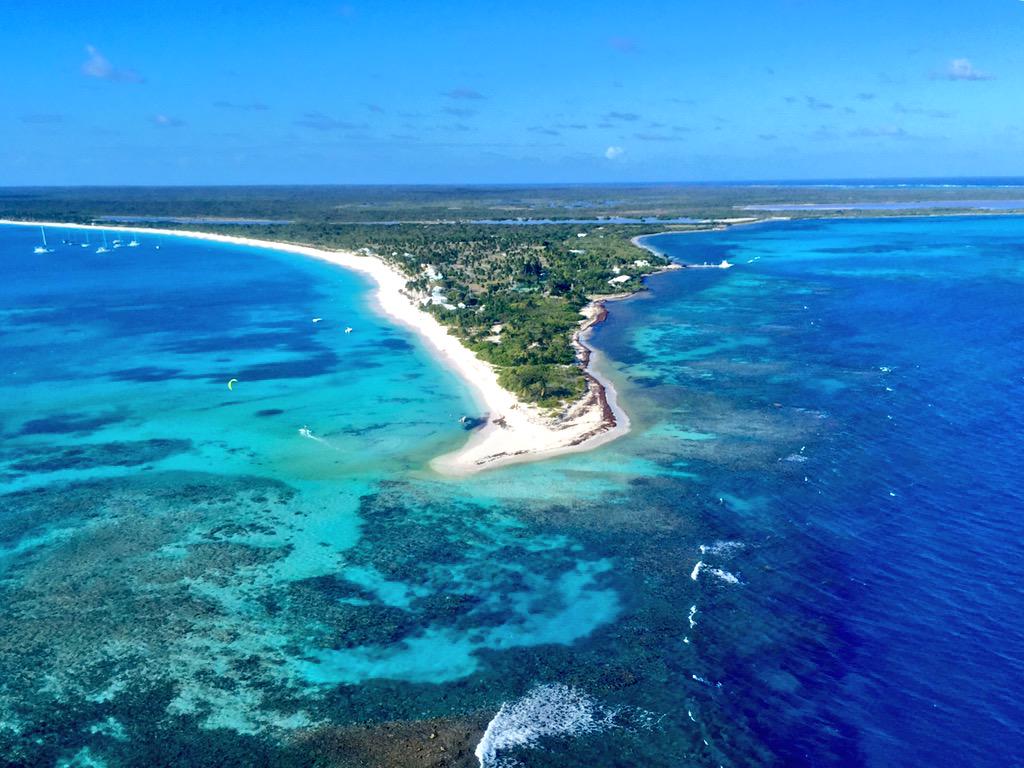 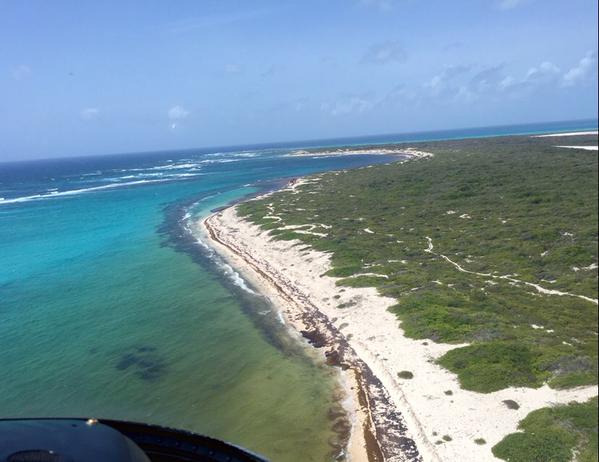 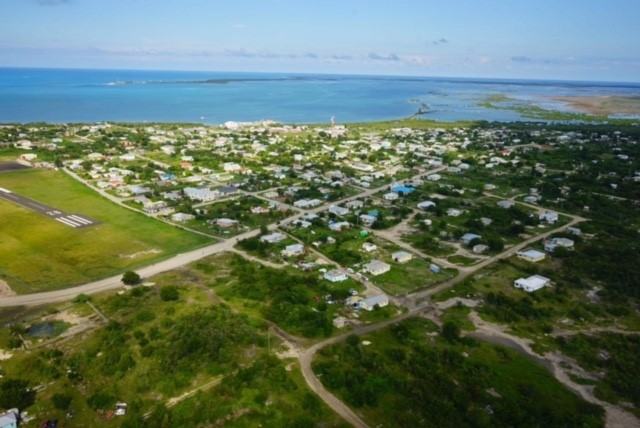 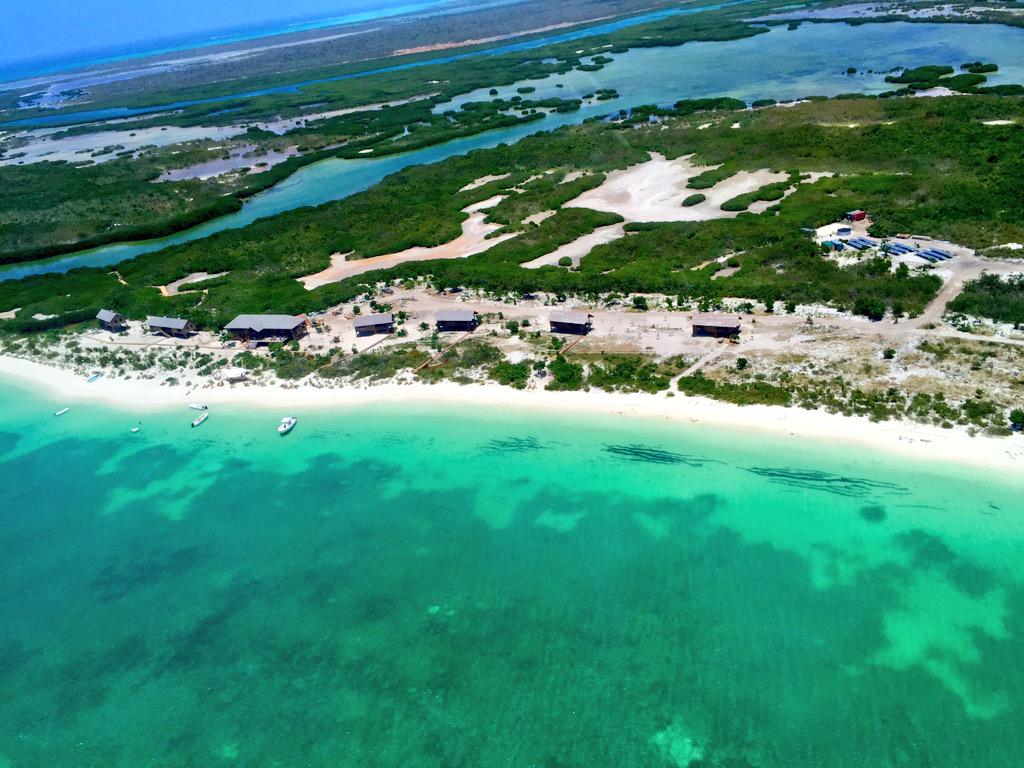 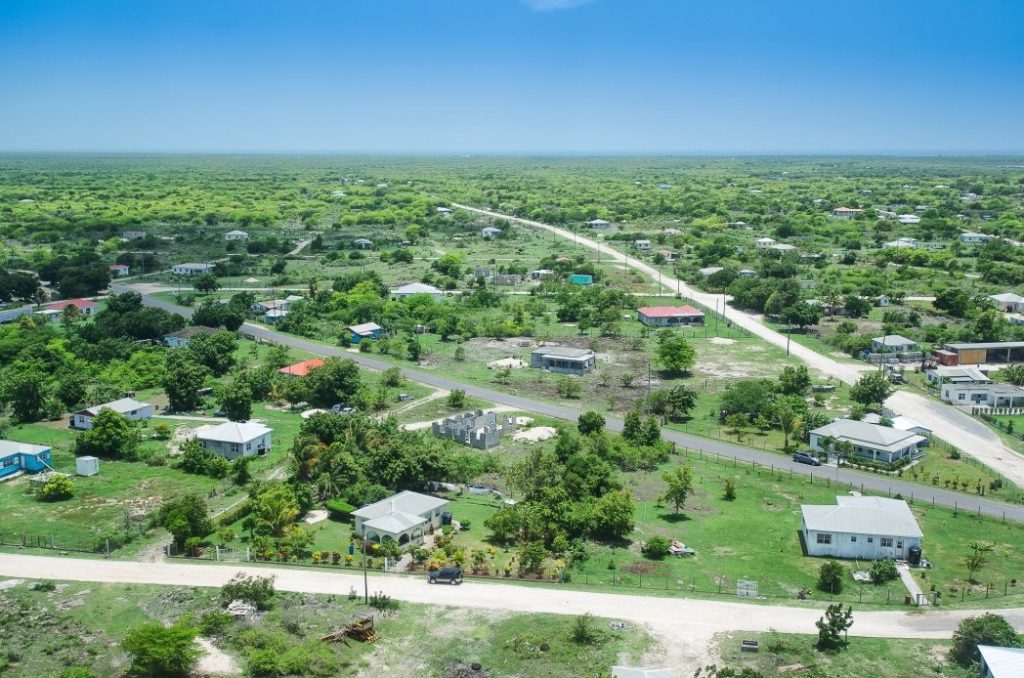