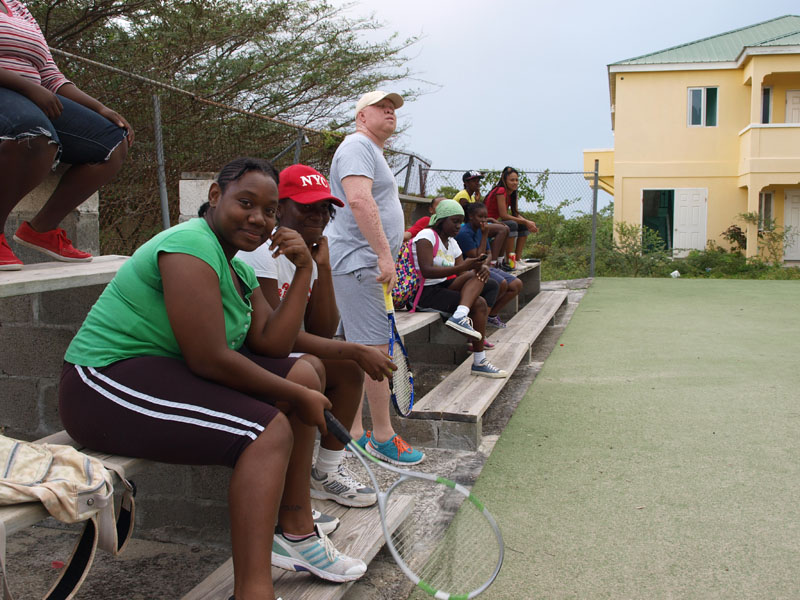 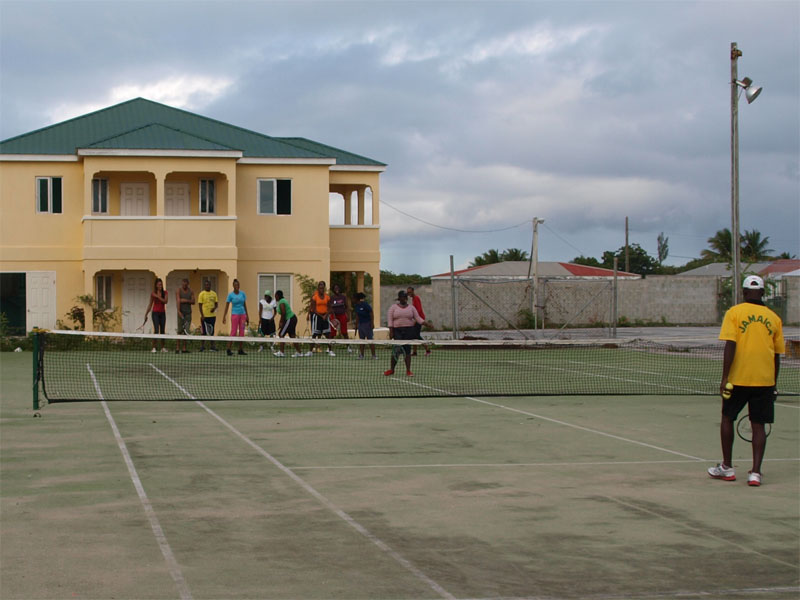 The tennis court (in the basketball court area) is open all day every day to anyone who wants to play a game of tennis and was partly inspired by the success of our island neighbour Anguilla’s professional tennis programme (and of course the Williams sisters) and the court was originally made possible by Mr Patrick Kelly of Coco Point.

It has been used by school groups for CXC sport exams and in the past there has been an active Tennis Association whose committment to forging links with Antigua maintained the game on Barbuda and raised funds with donations. As a result, Barbuda has produced a few strong tennis players. Currently this group has disbanded and a formal tennis programme is needed with some new initiatives, since the court has been re-surfaced after Hurricane Irma. It’s possible to go and have an informal game and people still play here on Barbuda.