The Queen’s Baton Relay is a relay around the world held prior to the beginning of the Commonwealth Games. The Baton carries a message from the Head of the Commonwealth, currently Queen Elizabeth II. The Relay traditionally begins at Buckingham Palace as a part of the city’s Commonwealth Day festivities.

Here on Barbuda Jocelyn hands over the baton to Isha as Barbudans proudly carry the baton the length of Barbuda, as it travels the world before the Commonwealth Games which start in Scotland in July this year. The relay was provided by walkers, runners, motor bikes, horses and vehicles – and all reported by the BBC in Antigua and Barbuda. 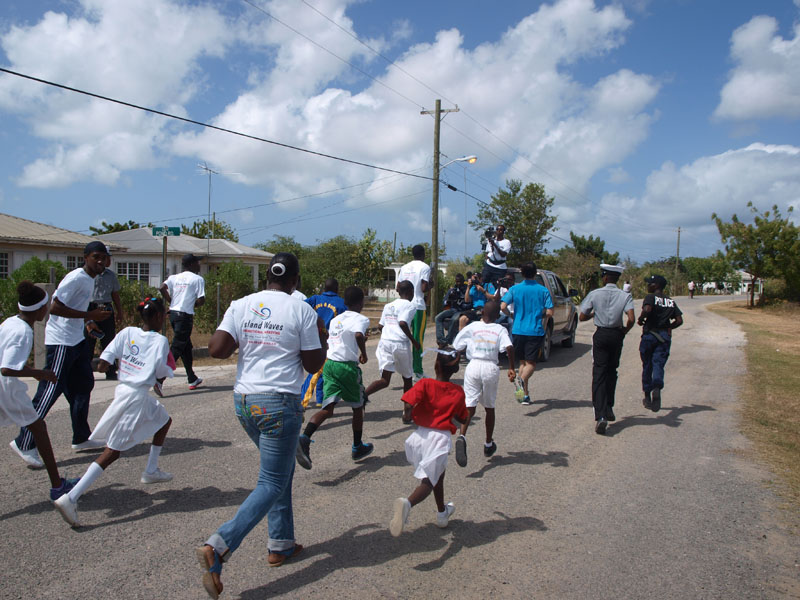